Everything you need to know about the Dadant frame

The beehive most used in Europe and especially in France, the beehive adoring, has had a huge success with the French beekeepers. Its removable frame system is a real advantage and allows you to save money when handling. How is the adjoining beehive different from other models?

Born from the imagination and experimentation of Charles Dadant, the Dadant beehive has its origins in the 19th century. Beginning his career as an apiarist at the age of 46, having made a white cabbage in the wine sector, with sales of wax and honey. He decided to take his name and buy back the magazine "American Bee Journal". He used the latter to publish his ideas in apiculture. His encounter with Langstroth brought him to discover the system of movable frames, hence the birth of the adoring frame.

The adjoining beehive is recognizable with a bottom board in the lower part that supports the entire deep bee hive box of the beehive. Above, shallow boxes are piled in which bees install and produce their honey. In a shallow box there is a frame which is less in general than in the deep bee hive box of the beehive. To cover the whole, you have the hive cover that can be flat or in the shape of a cottage hive cover. Inside the beehive, there are pre-filled frames with foundation.

Sometimes when we talk about beehive Dadant, we often hear about frame Dadant right and frame Dadant Hoffman. But what exactly is this? For the right frame, it is a frame that consists of regular side bars or a single side. The standard dimensions that are respected by all manufacturers are about 9 1/8''. In a beehive, this type of frame requires a spacing rack that creates an interval between frames. The latter is normally nailed to the walls of the beehive. This type of frame also involves the presence of crampons or spacing strips in the lower part of the frame. For the Hoffman frame, it is a broadband adjoining frame with a strict width rib that suppresses the intervals between the frames. The frames are installed onboard and there is no need for bee-space rack and nothing else to create an interval. If you buy an ordinary adoring beehive, the Hoffman frames are not suitable because they are too large and vice versa, if you buy a Hoffman beehive for standard frames, the frames will not fit with the rack. However, compared to the entitlement frame, the costs are more onerous for this system. Also, when you first purchase and if you have doubts about a frame, the safest way to do this is to use a frame beehive. It's also important to know that for this beehive model, you can have 10 or 12 frames. 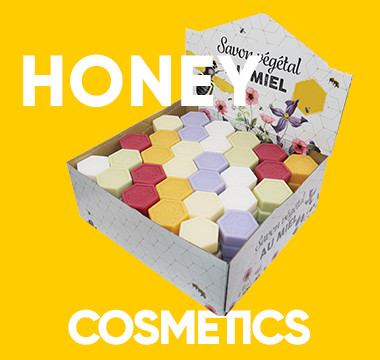